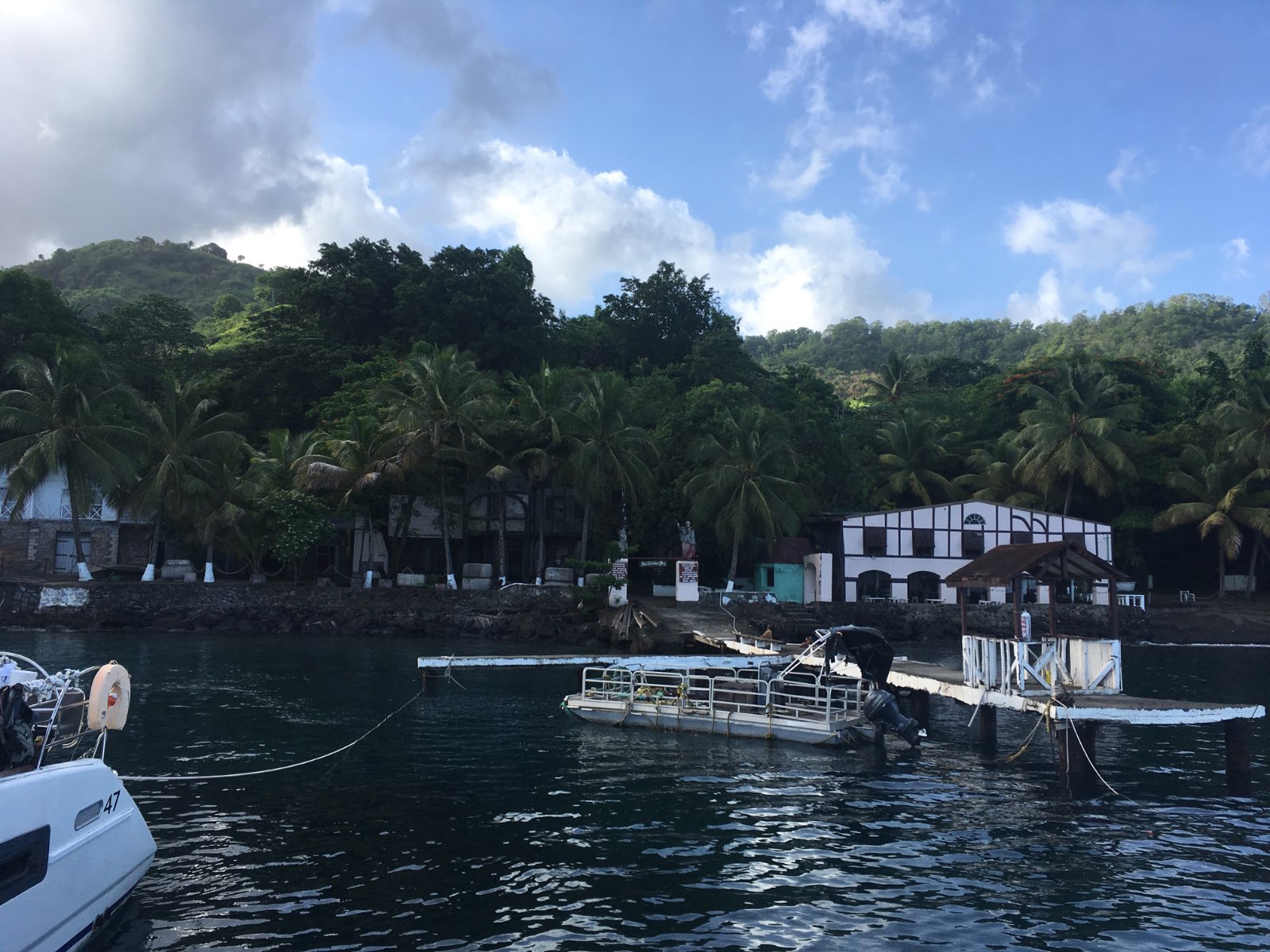 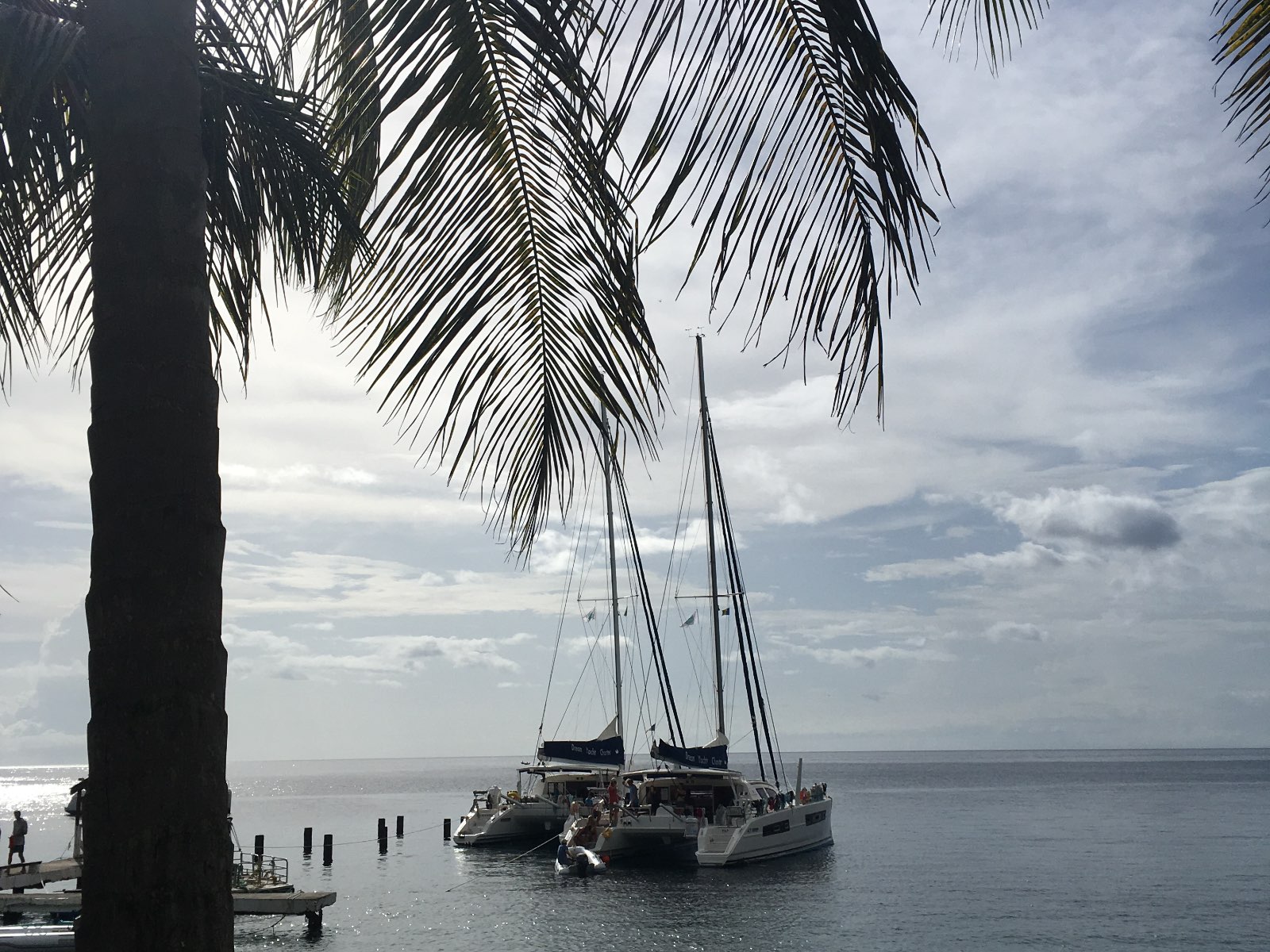 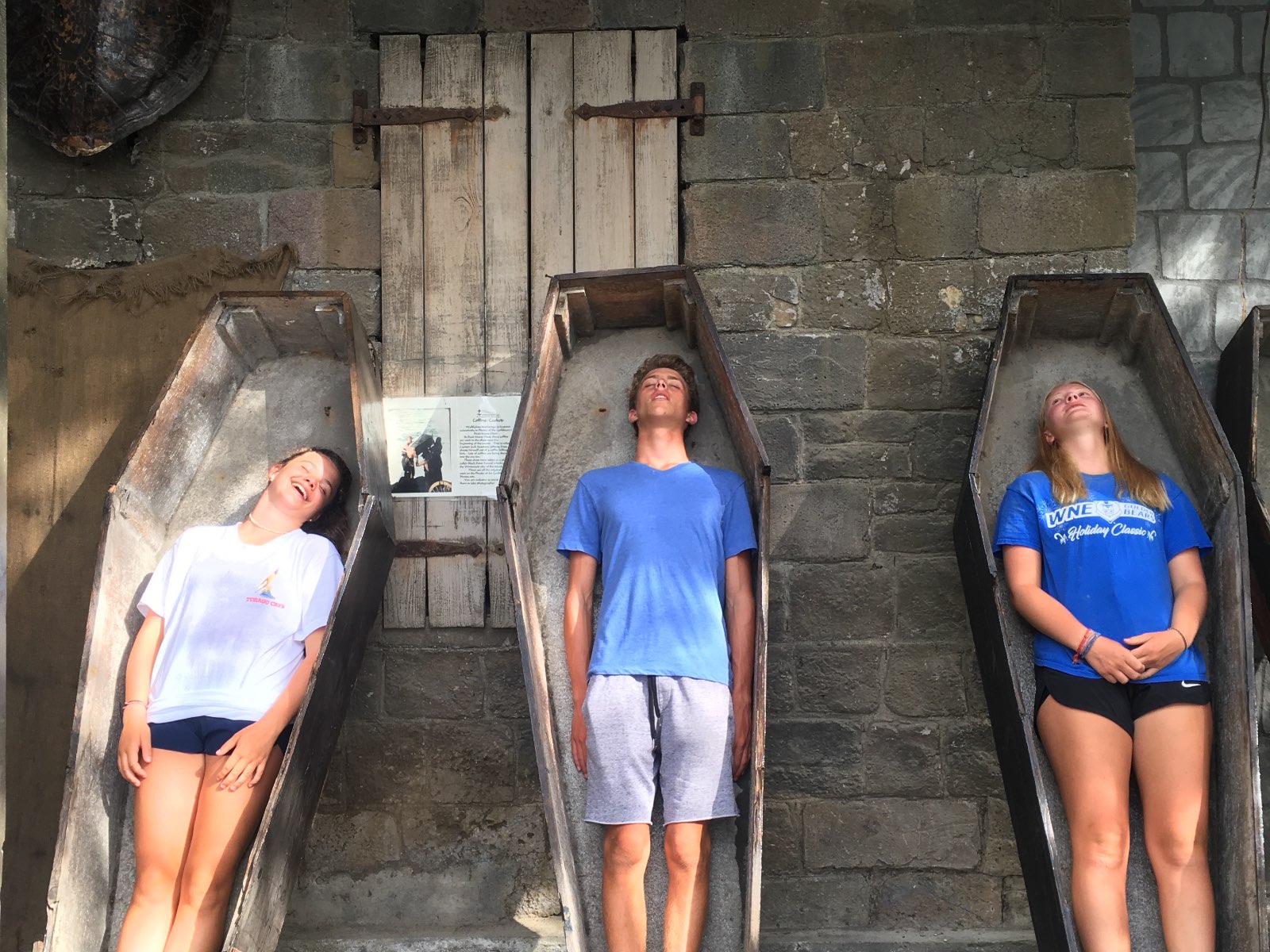 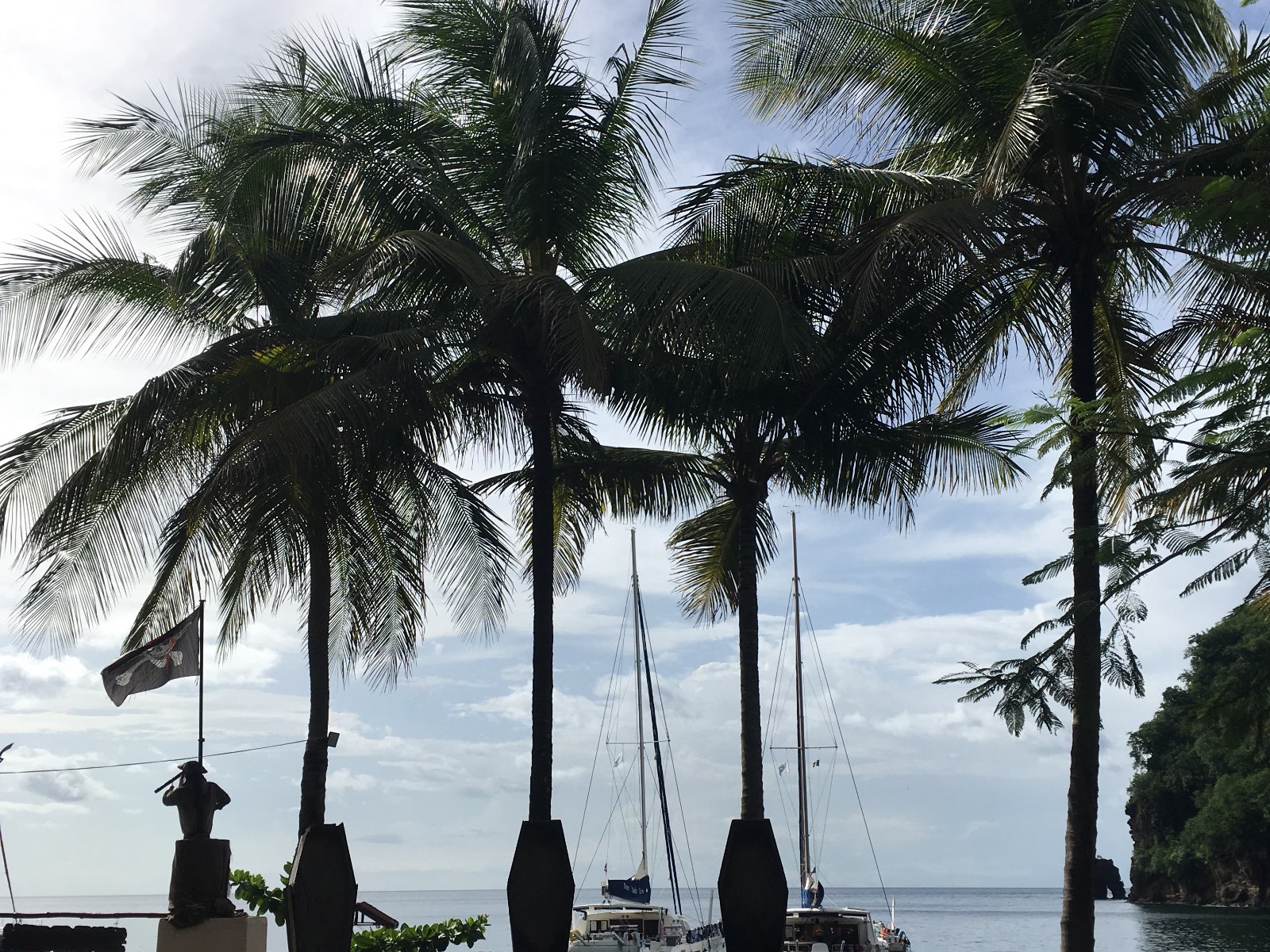 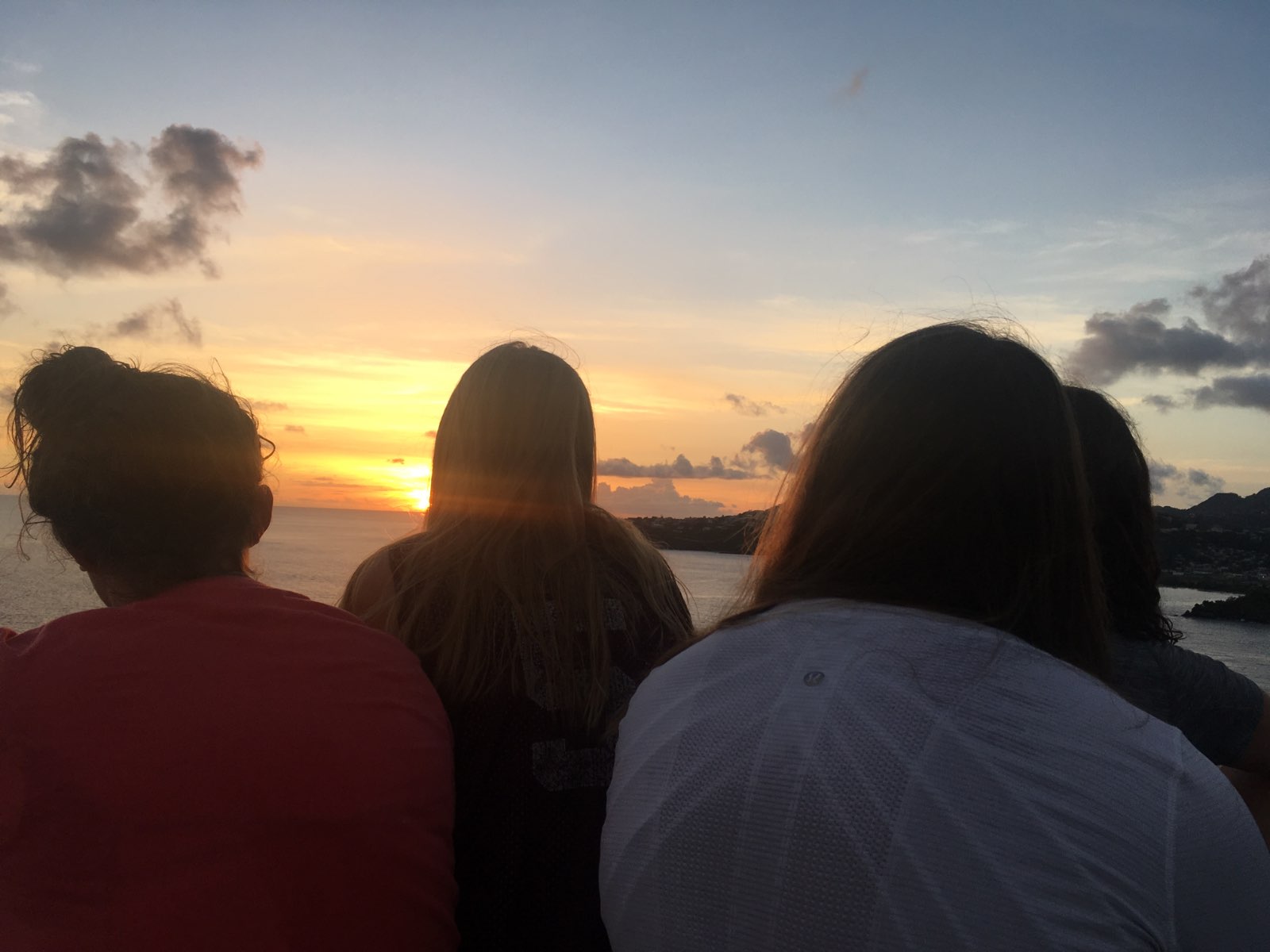 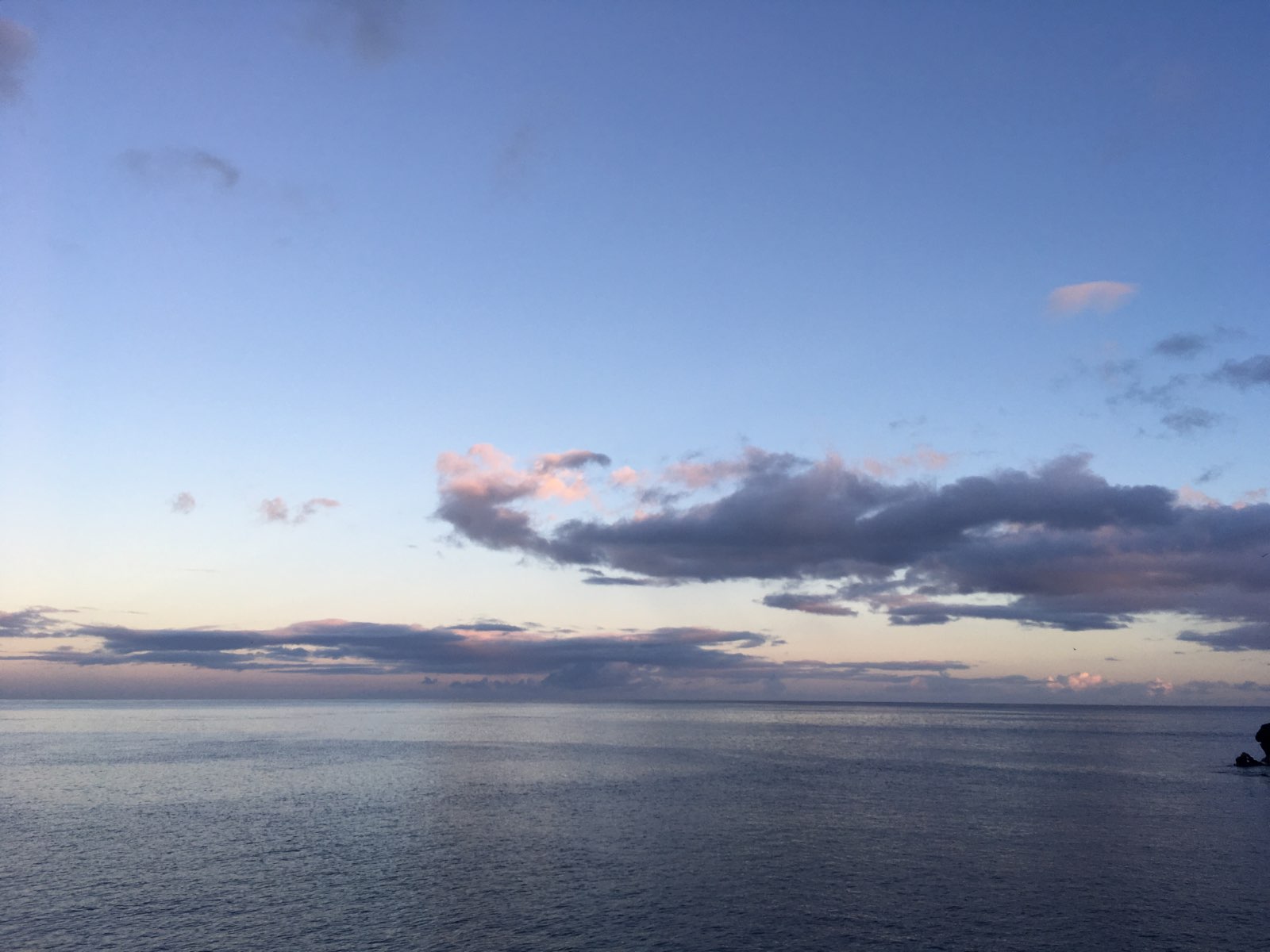 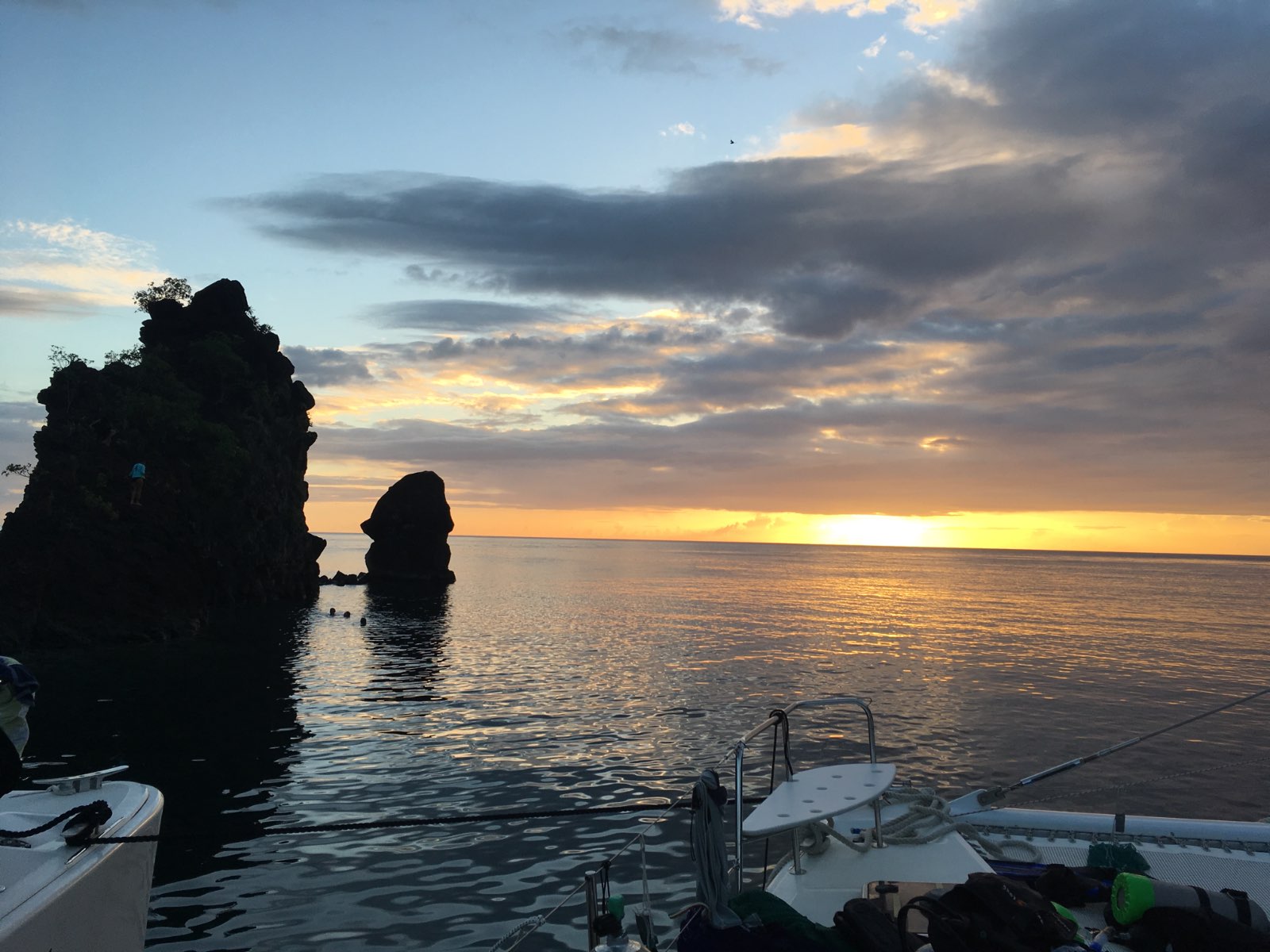 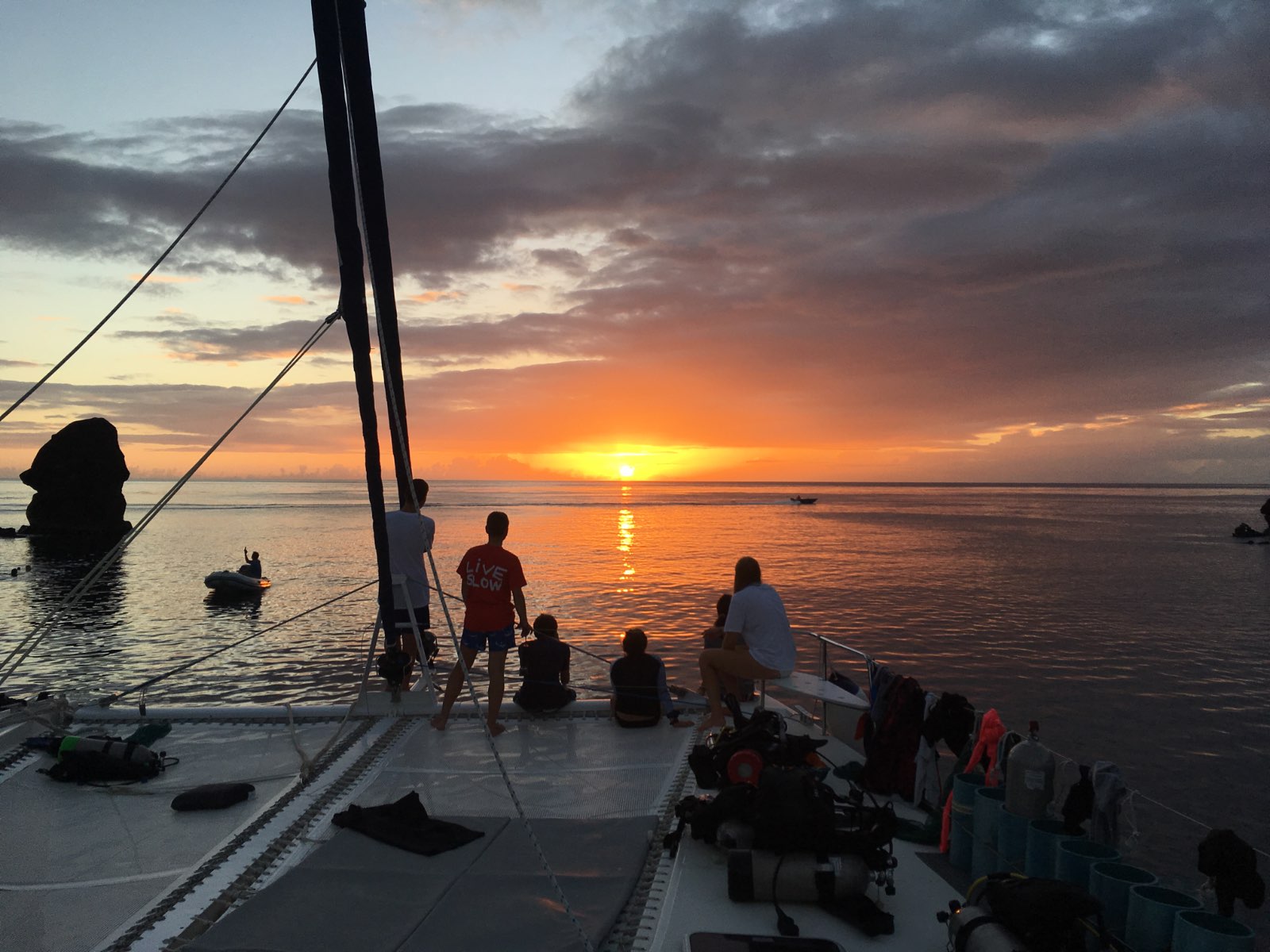 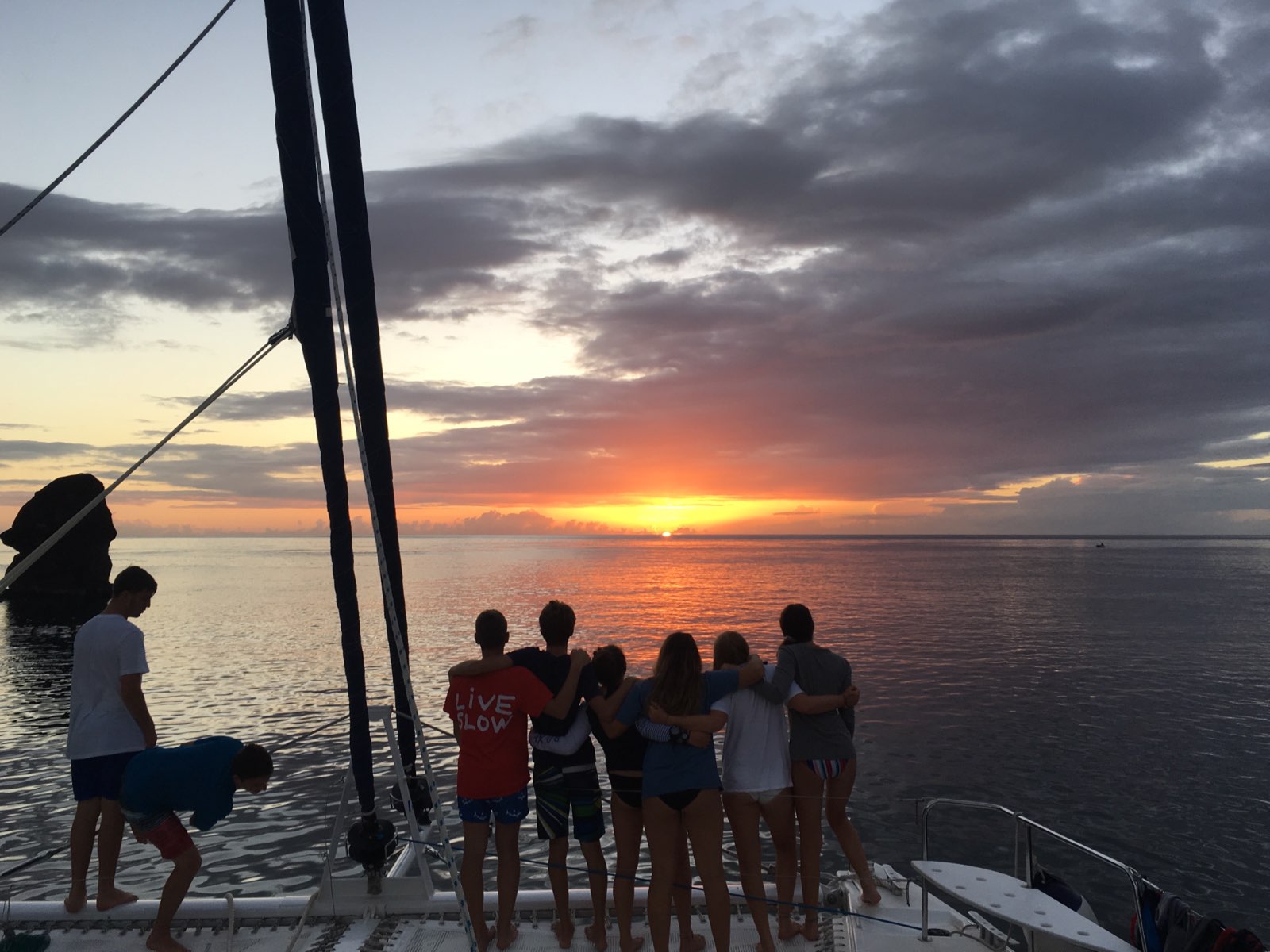 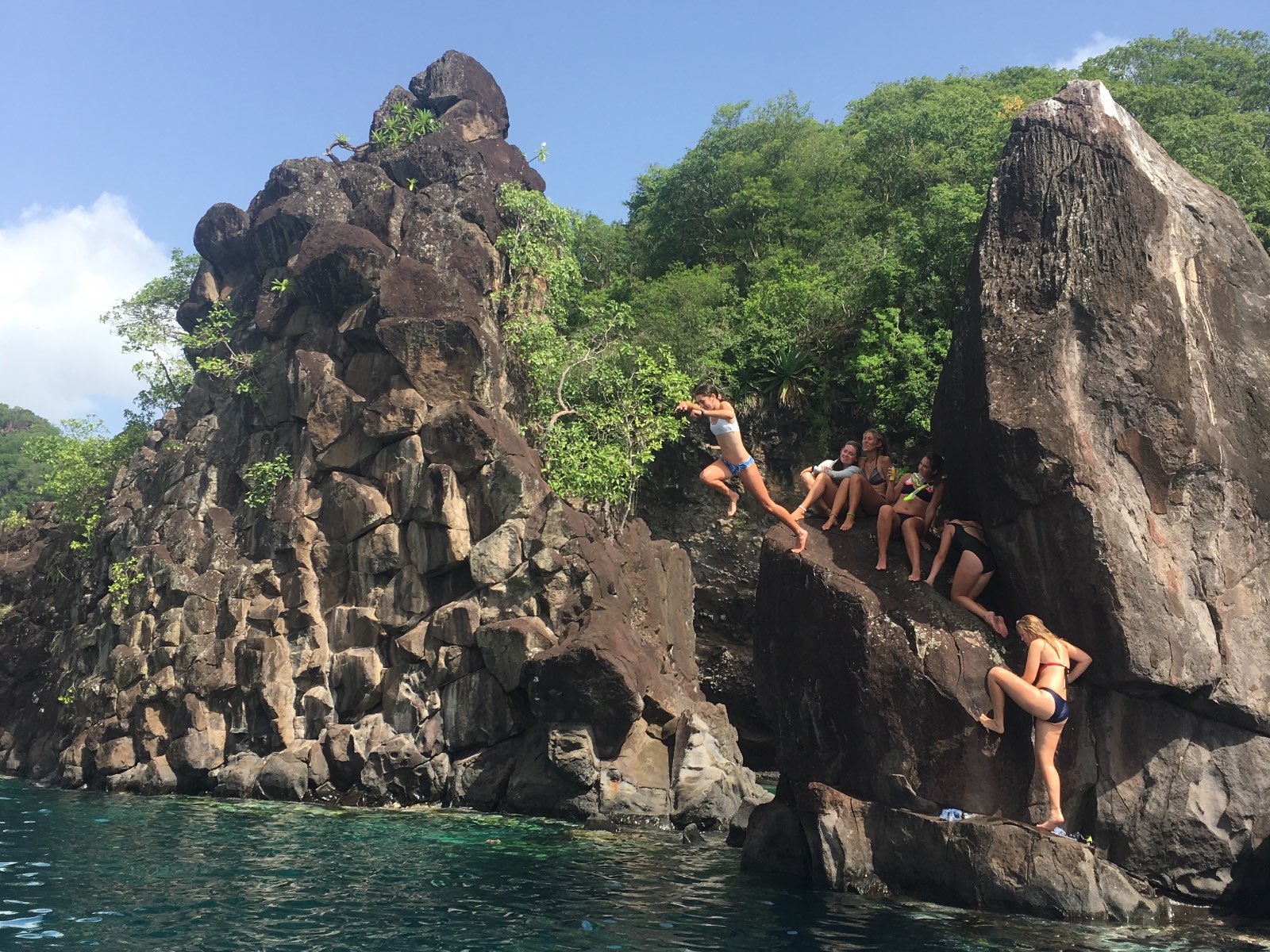 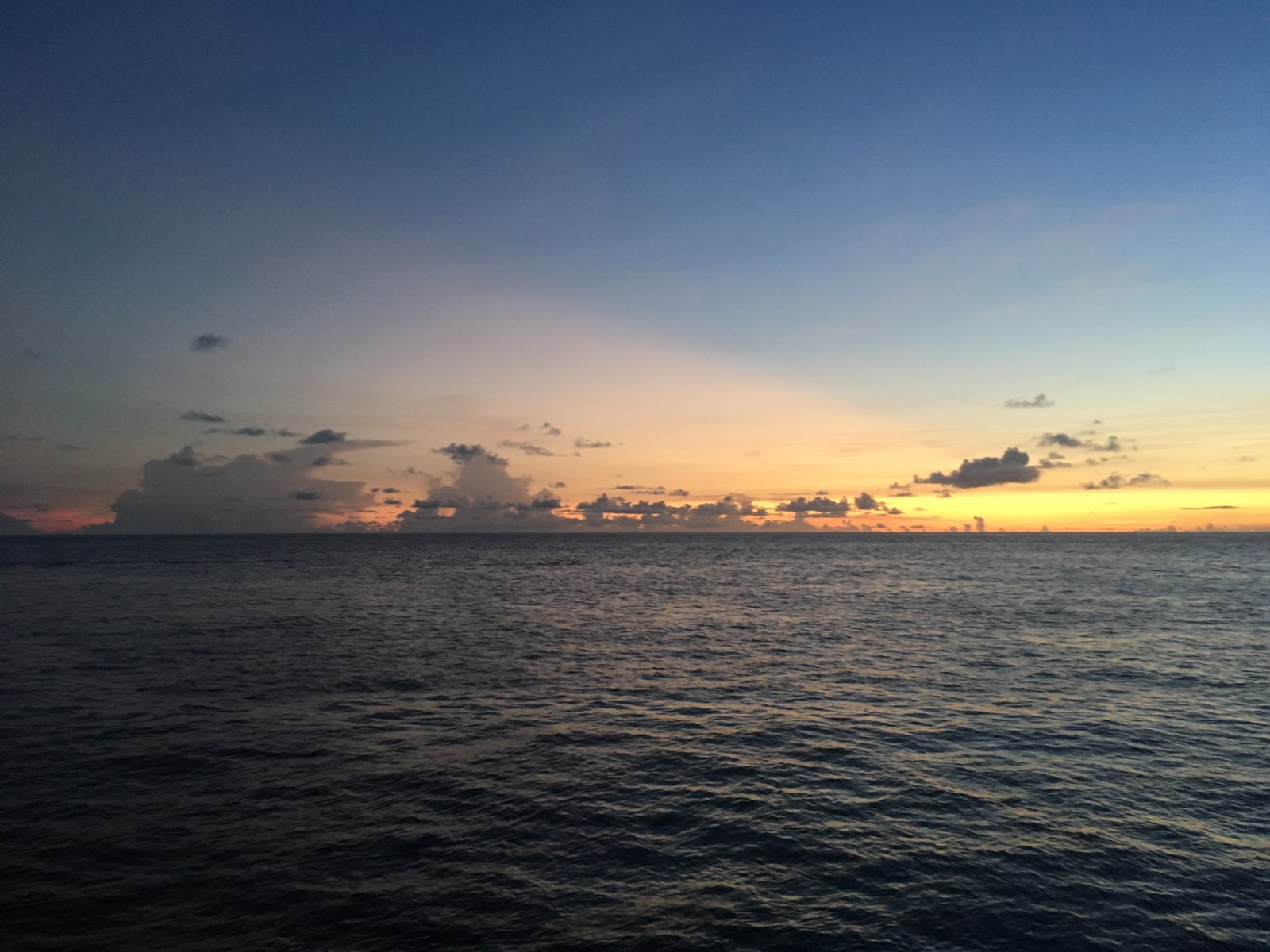 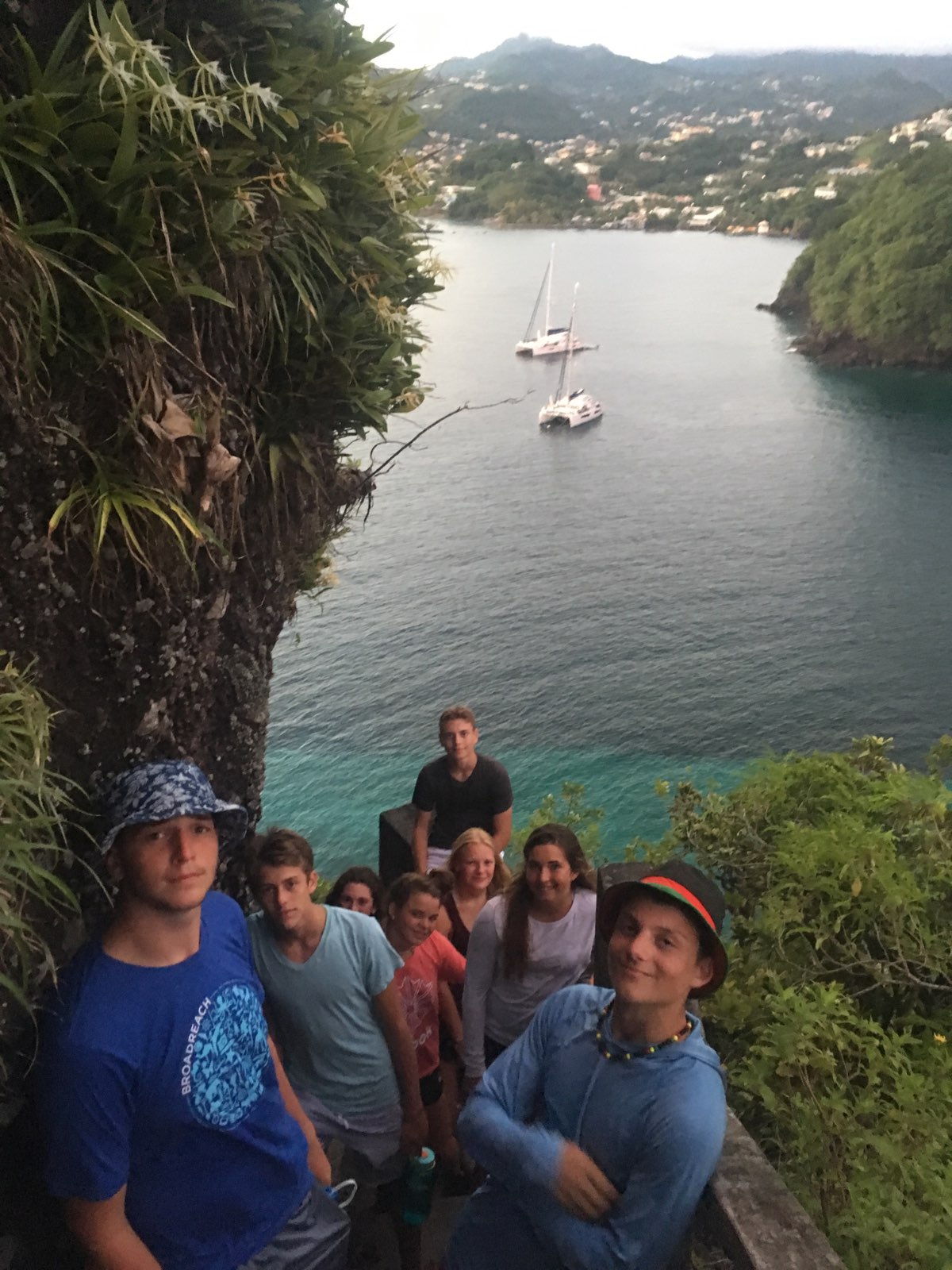 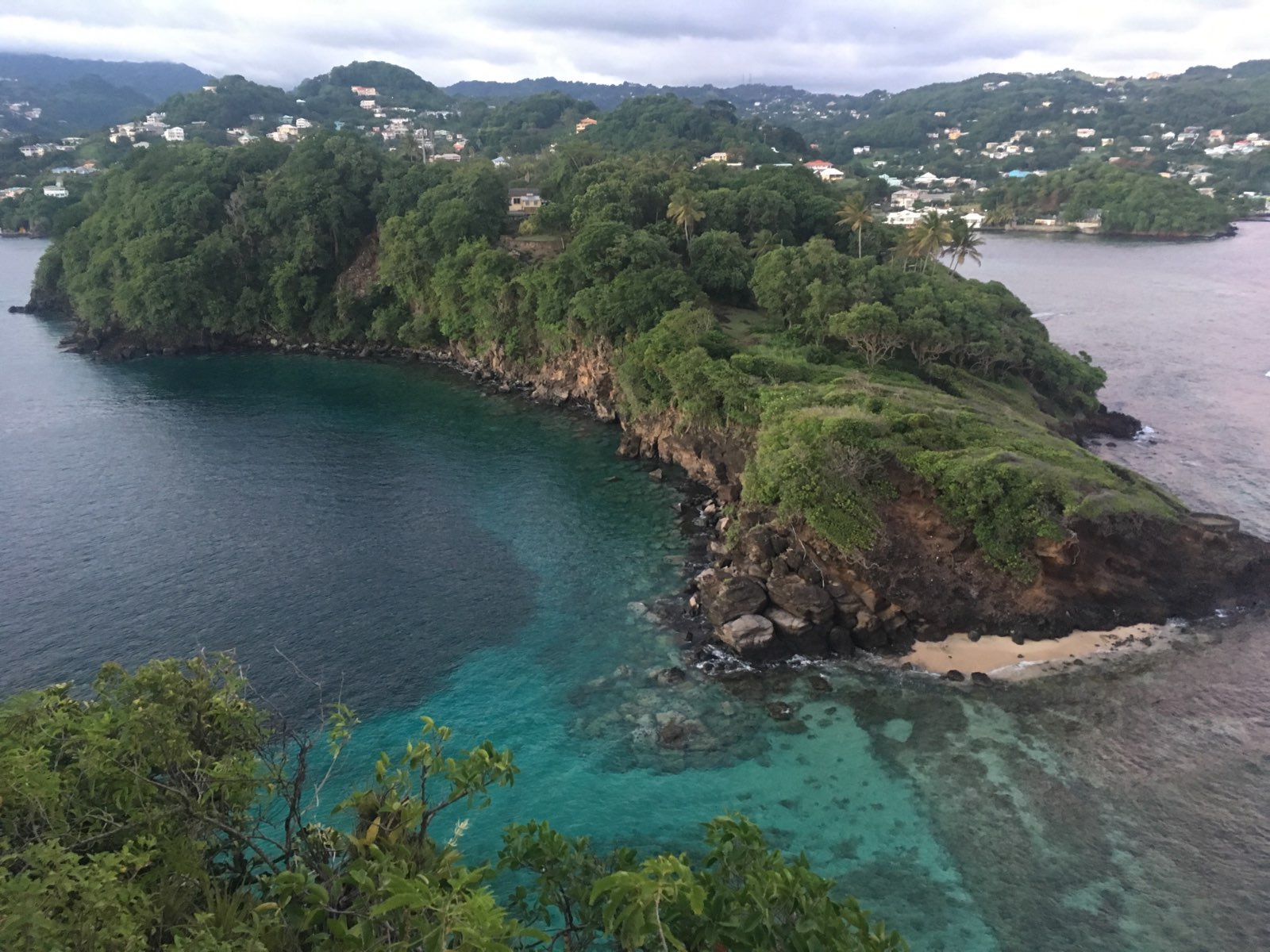 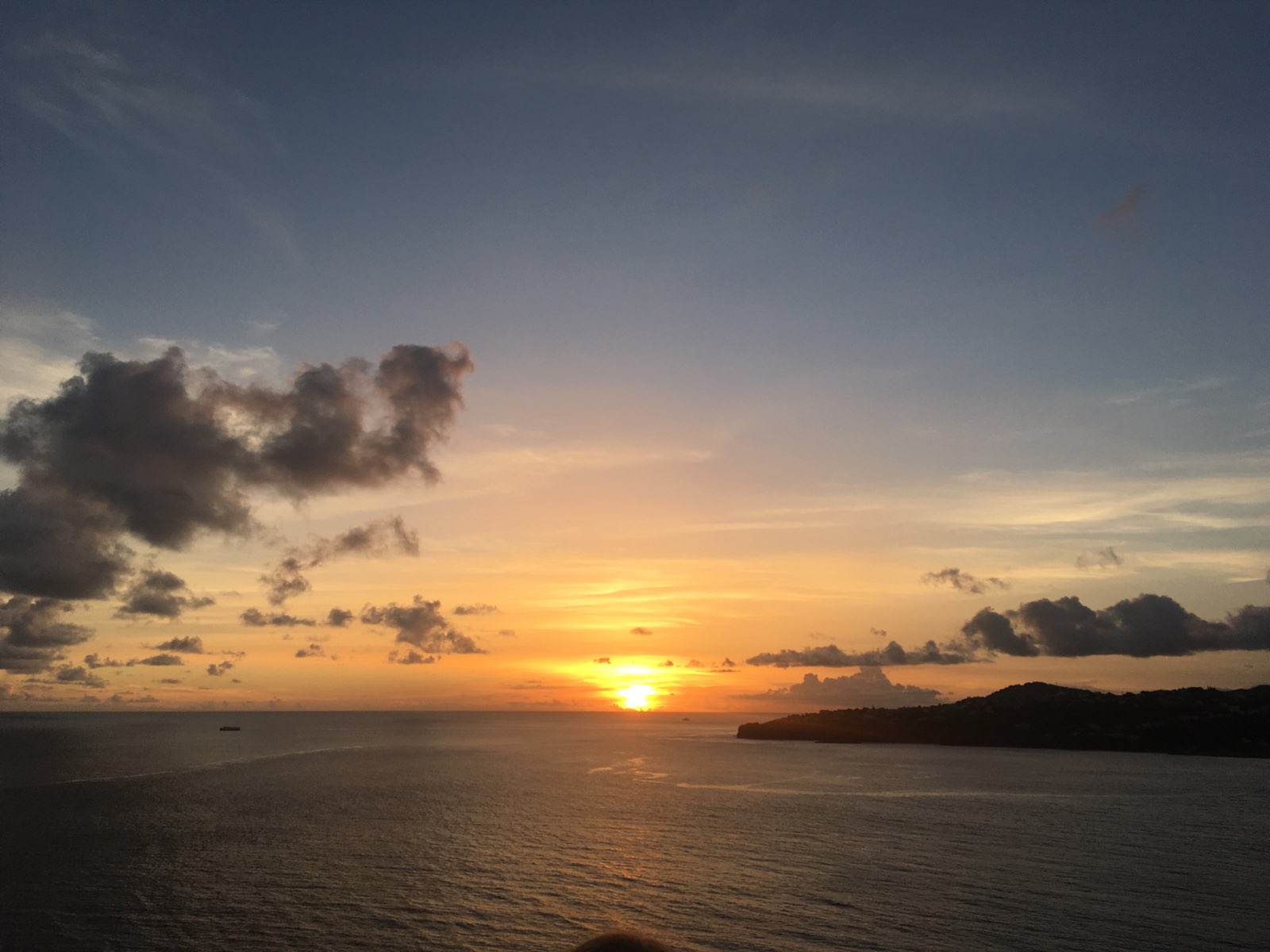 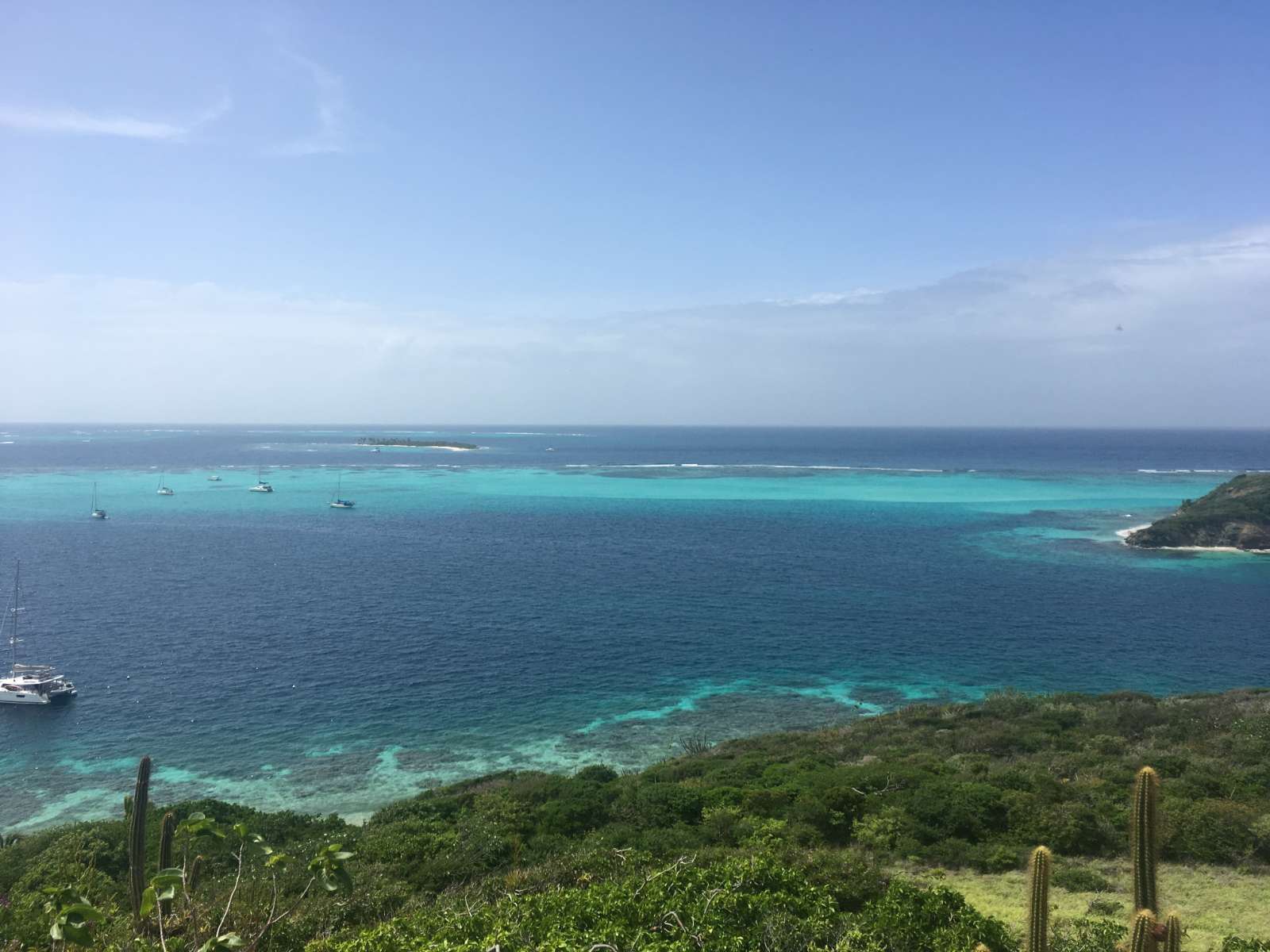 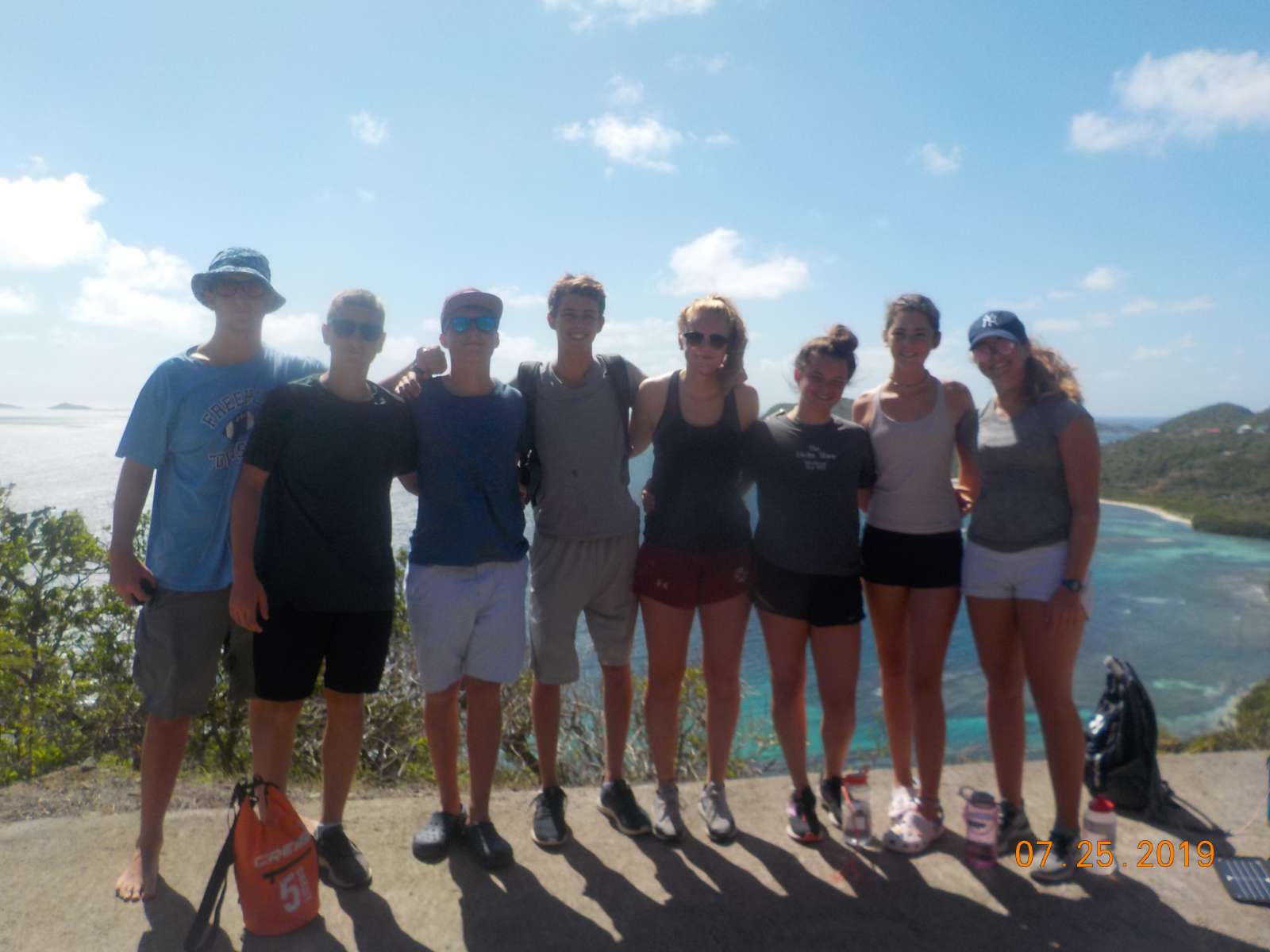 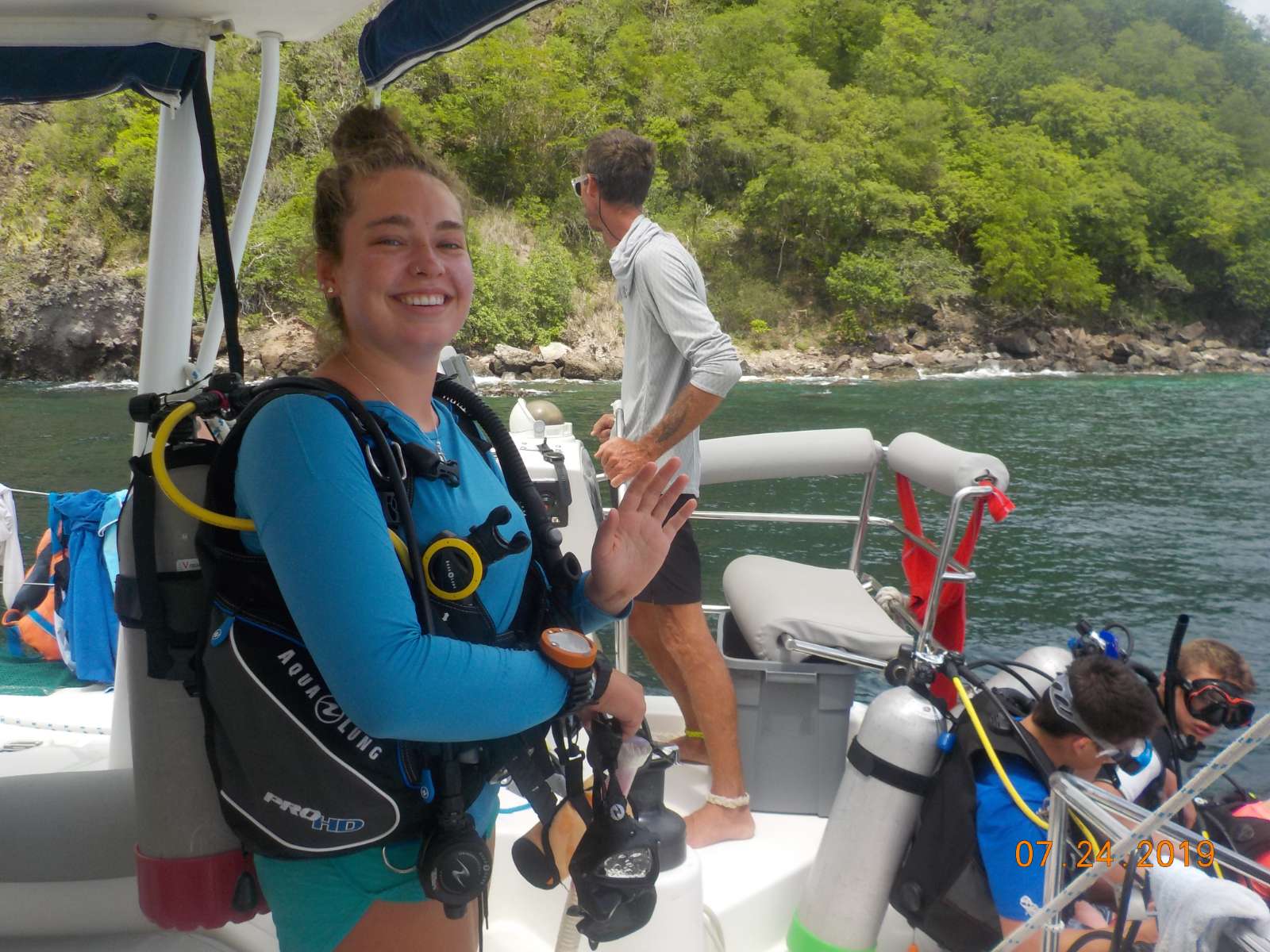 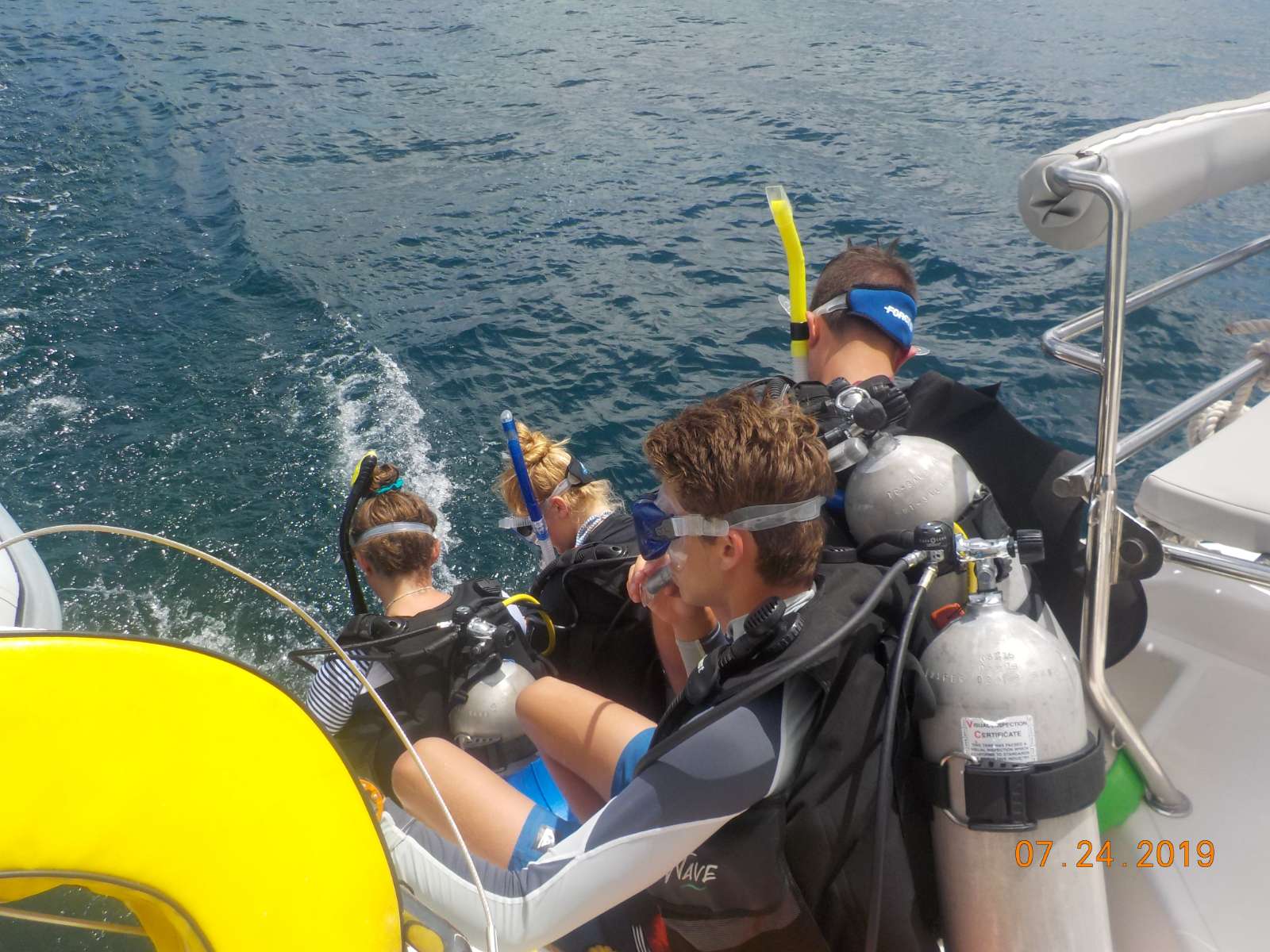 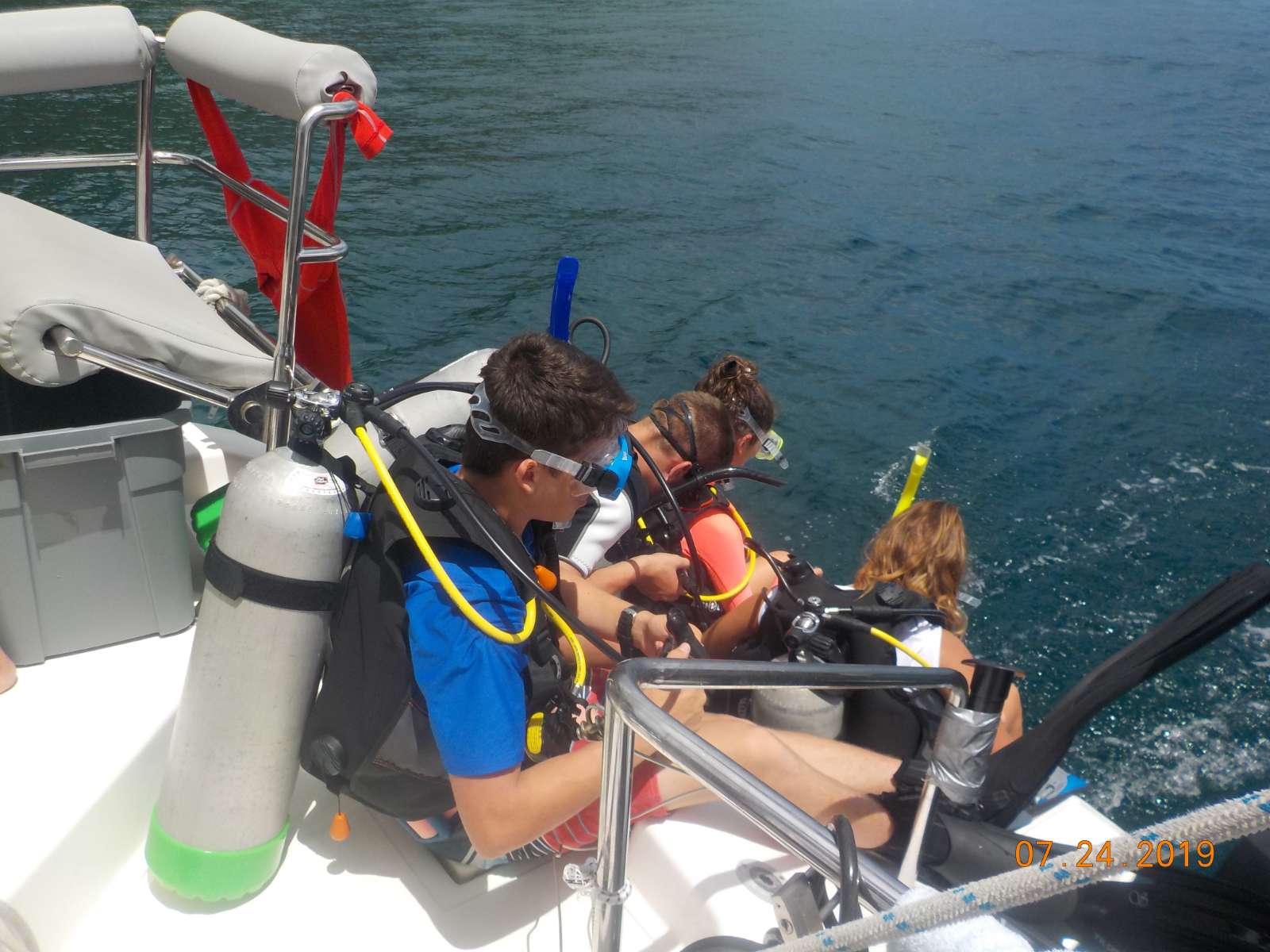 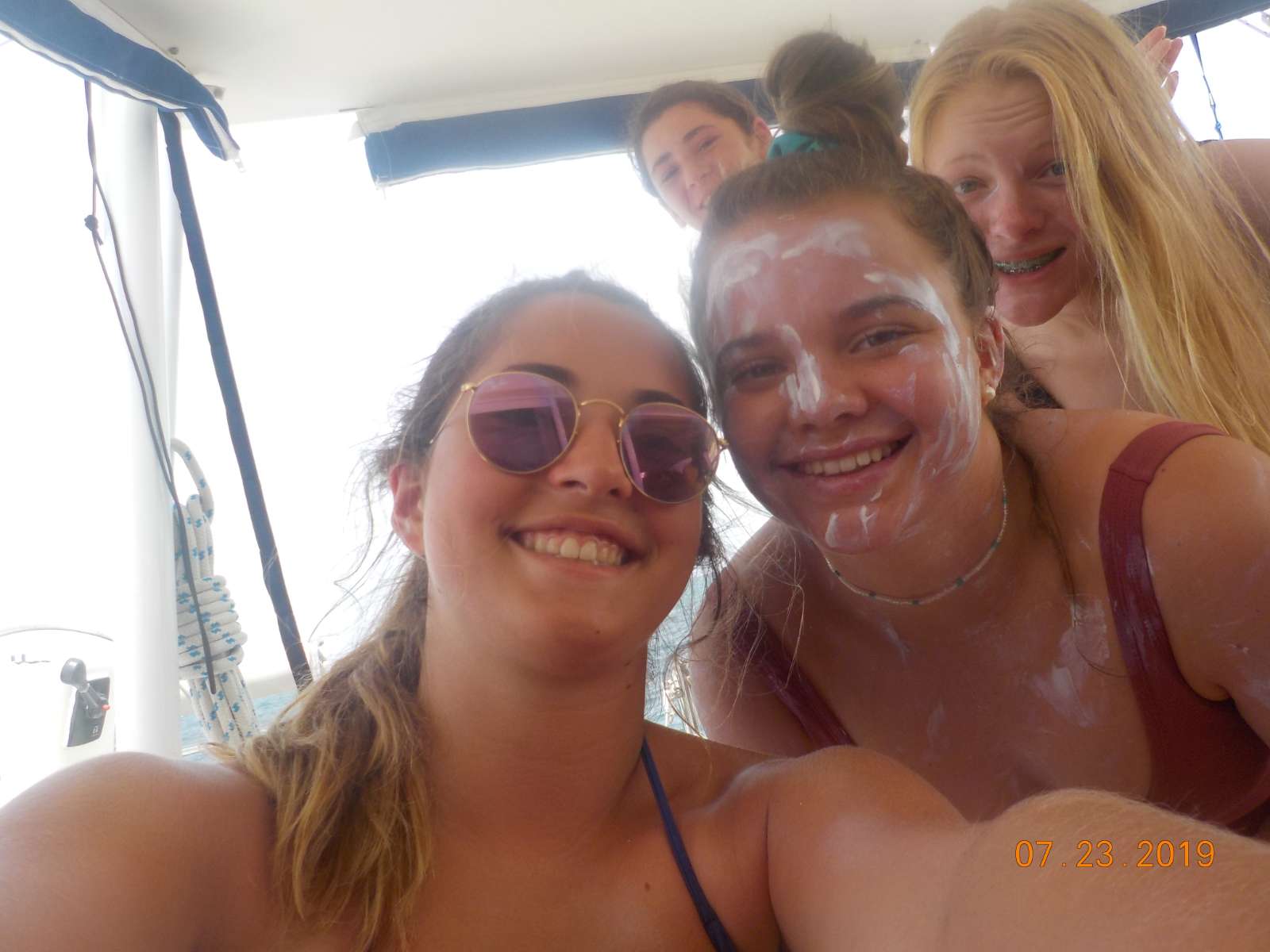 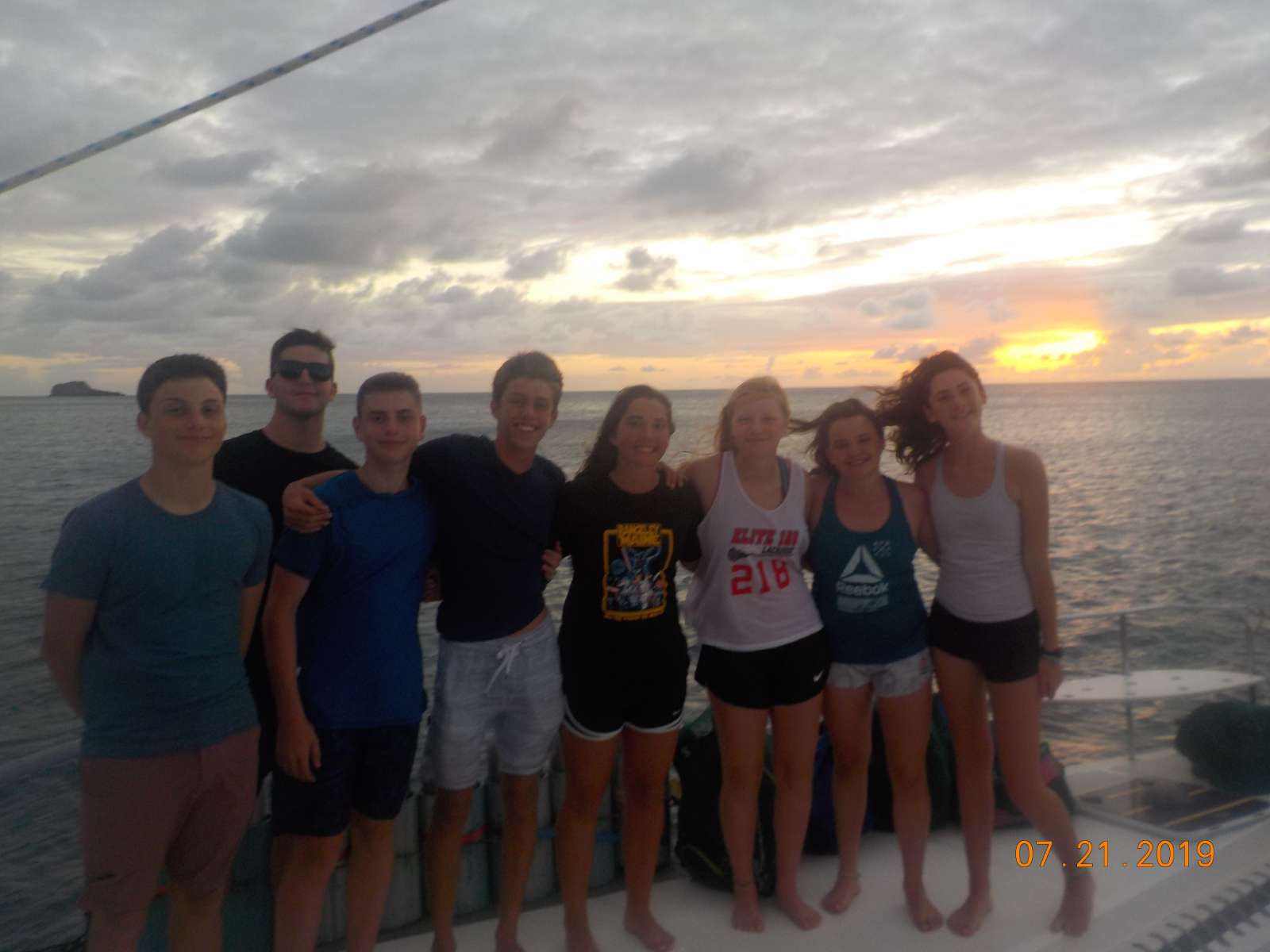 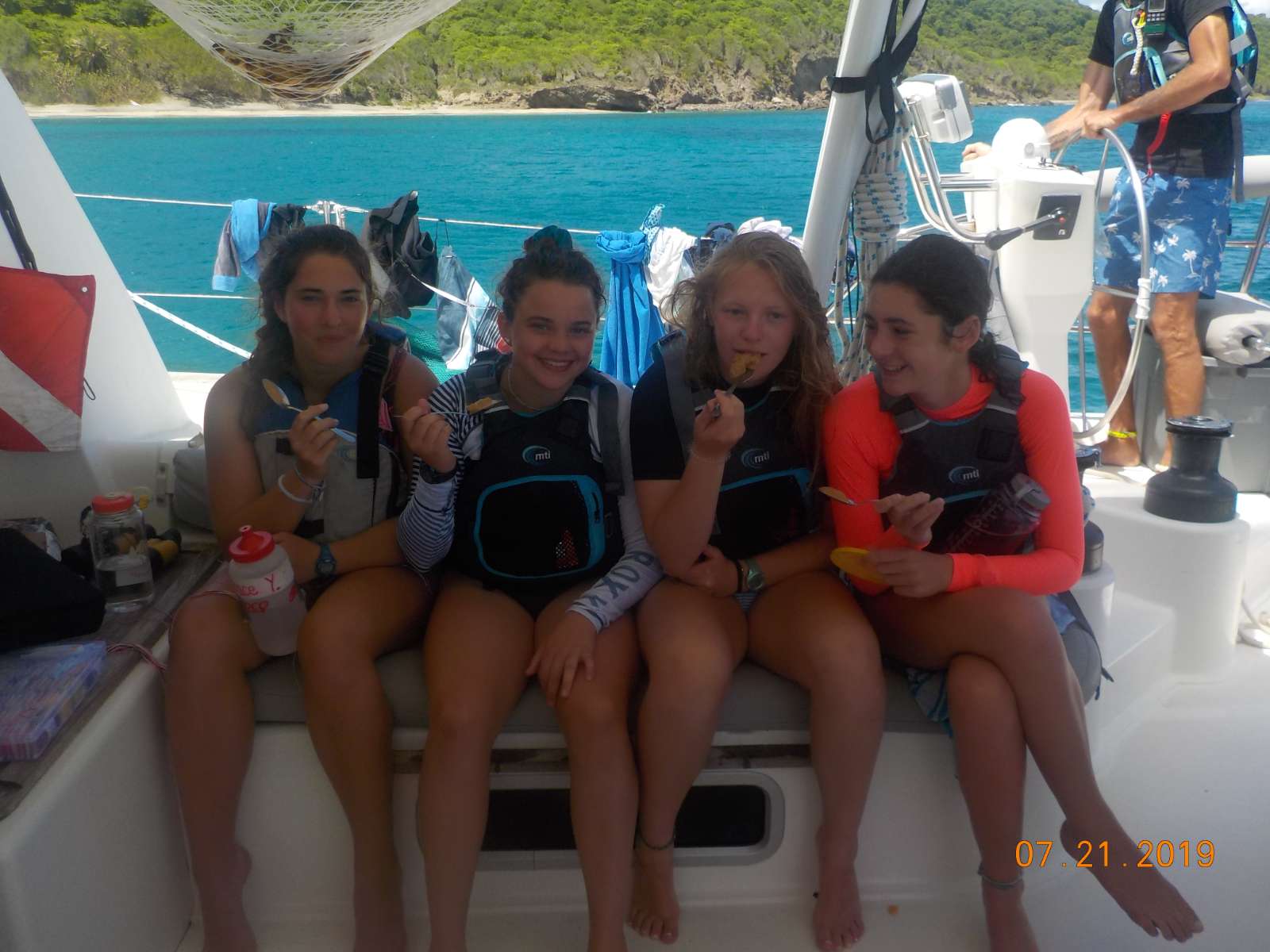 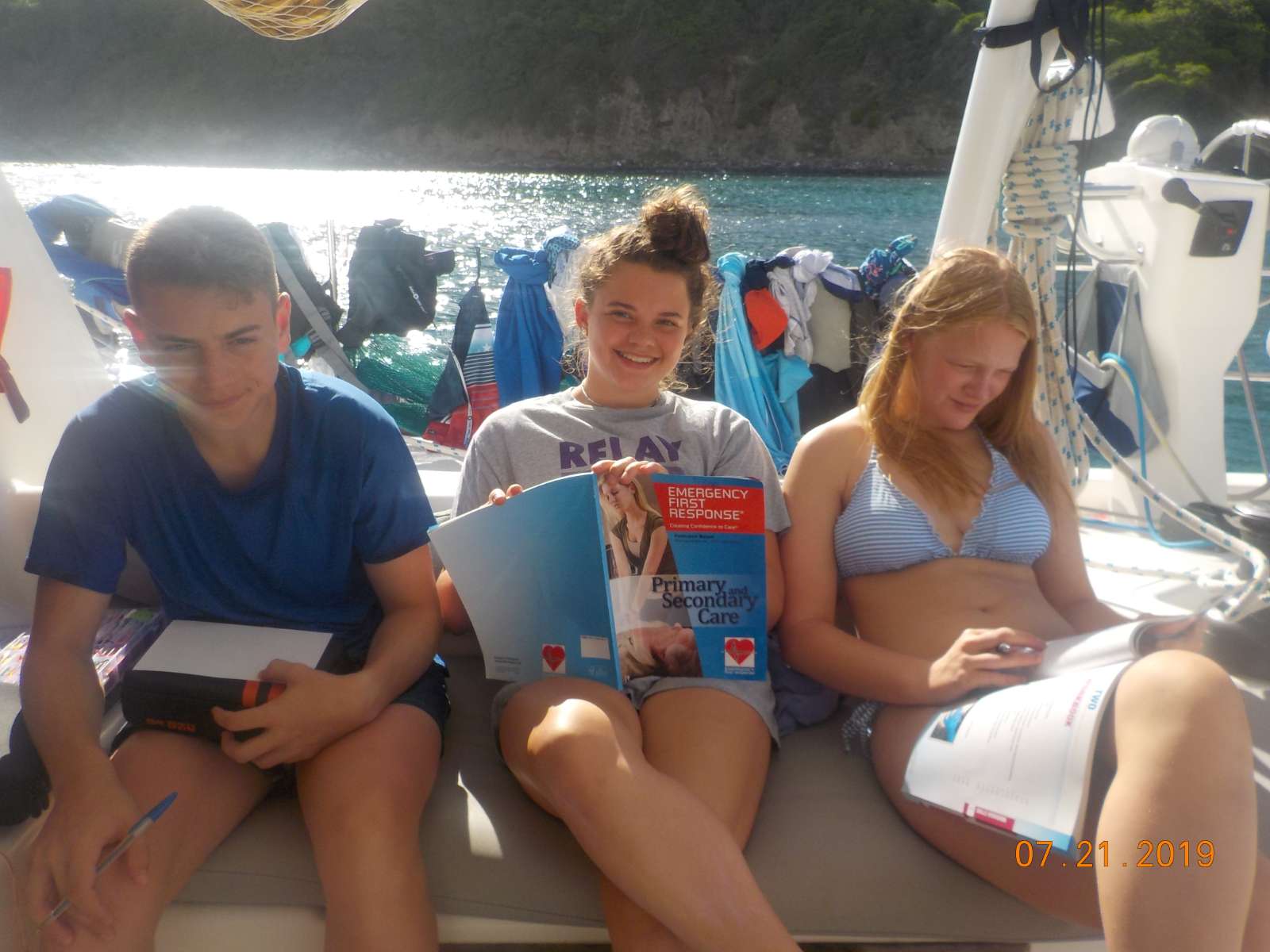 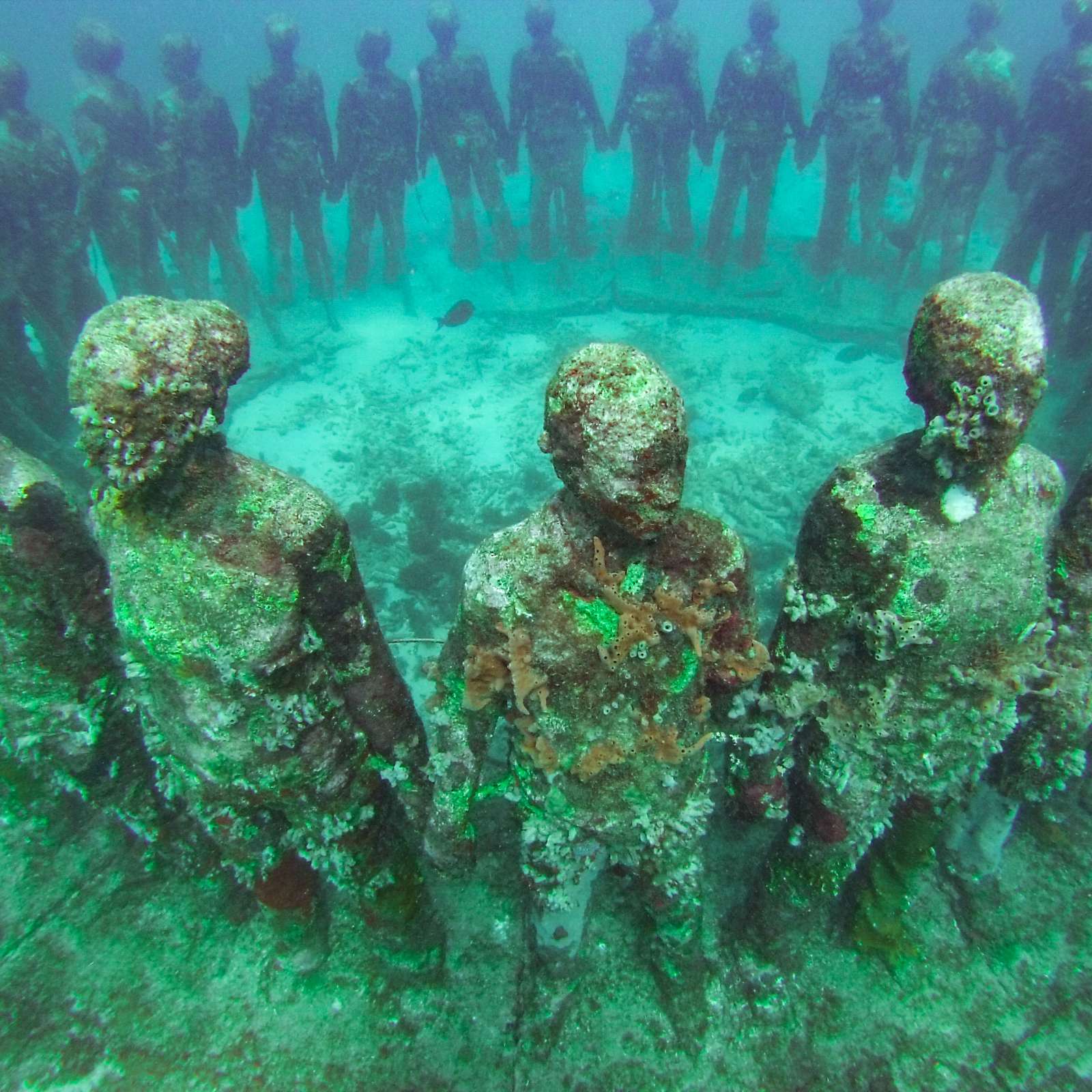 6 am, a time of peaceful slumber and pleasant dreams, ended when we were awoken with the sound of our Swedish wake up song. I stumbled into the kitchen and worked hard making some delicious pancakes for everyone along with my trusty sous-chef. The anchor was raised and we left Smuggler's Cove to our first dive site of the day, Ursula's Finger.

Ursula's Finger is a pinnacle once owned by Ursula, the main antagonist in Disney's hit movie the Little Mermaid. The ample amounts of fish, coral and sea life added to the overall experience of this dive with vivid flashbacks to my childhood when I watched this movie.

After the dive, we were picked up by none other than Super Captain John himself, and he took us to our next location called Chateaubelaire so we could be checked into customs. Our air tanks were filled and after being approached by the local paddle boarders, we went to our next dive spot, called Fay's Wall.

Fay's Wall is named after an Israeli adventure diver, Fay, who is a cool dude and led this very trip last year. It is a wall dive with an infinite bottom (it ends at around 400 feet), meaning we had to be on our best dive behavior. There was tons of Devil's Sea Whip, which looks like electrical wires coming out of the wall. Some parts were very muddy, leading us to suspect there was a landslide or some sort of erosion recently. Once we debriefed after the dive, we set sail to Wallilabou, world famous for housing the film set of Disney's other hit movie, Pirates of the Caribbean starring Johnny Depp as Captain Jack Sparrow. We went ashore and looked around at the cool set pieces and pictures from the movie and filming of the movie.

After sufficient exploring of the little town, we migrated back to the yacht where we proceeded to thoroughly clean with great efficiency. Once it was clean enough, we watched a beautiful sunset and then had some dinner. Cleanup was a breeze, and afterwards, we gathered in the salon and watched Pirate's of the Caribbean, which is very fitting. It was spectacular to see a town we just were on be in a hit movie. The movie wasn't finished, however, as many of us dropped like flies into a deep, peaceful slumber.

This was day 16, full of adventure and enthusiasm, with more to come. This is my last trip update so this is my final passing of the LOD torch.